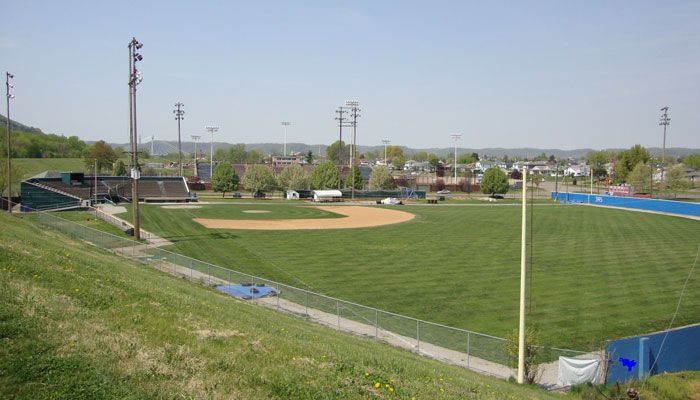 If alive, Jackie Robinson would be celebrating his 94th birthday today. The man who broke baseball’s racial barriers has a unique place in the nation’s history.
Branch Rickey was the baseball executive who signed Robinson. I wrote about the role Rickey’s religious beliefs played in his decision to sign Robinson in 2011.
The diamond in the picture above is Branch Rickey Park in Portsmouth, Ohio, my home town. Rickey was also from the Portsmouth area.  In that Crosswalk article, I wrote:

To me, Branch Rickey’s role in this story is sweet irony. Race relations were tense in my hometown, at times erupting into violence. For most of my life there, African-Americans were segregated into neighborhoods surrounding a large public housing project. There was tangible prejudice and discrimination, even among Christians. I can recall times when my African-American friends were denied services. And yet, from this milieu, Branch Rickey emerged as a key player in a drama which has had a profound positive effect on American racial attitudes, far beyond the playing field.